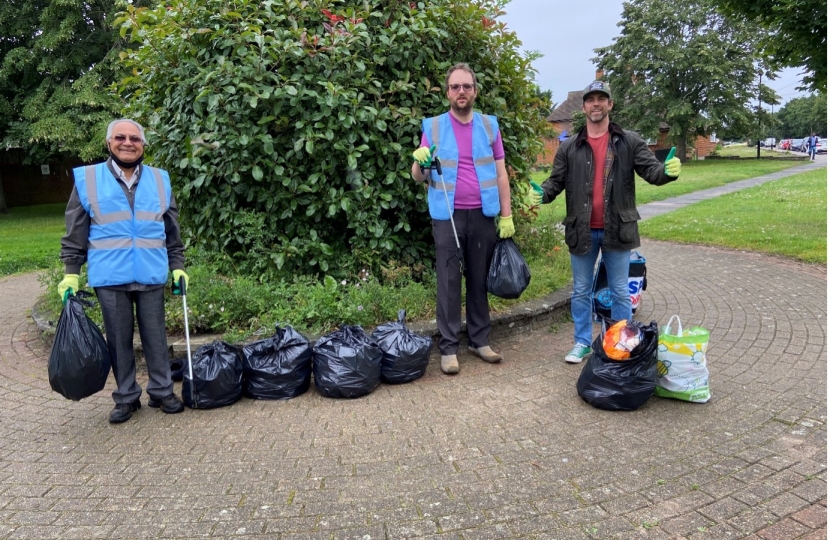 Held on the third Saturday of each month, the sessions will tackle areas across Bedfont. The litter-pick above started on Grovestile Waye and covered the area around the Library and War Memorial, as far up as Bedfont Green.

“It was a great honour for me to attend and help give back to the local community – it makes me happy and proud.

“The success of Boris’s vaccine rollout means we’re all more active than we have been for a while. This is great but leads to more littering, and it’s particularly important to respect Bedfont War Memorial.”

Hearing that the litter-pick had occurred, fellow Action Team Member Parmod Kad MBE said: “You can always trust the Conservatives to deliver, in Bedfont and across Hounslow”.

Professor Swaran Singh has agreed to conduct a one-year review of the Party’s progress on implementing his recommendations.