Nick lives in Surbiton with his husband, Liam. He is a former Metropolitan Police Special Constable and is a career railway worker. He currently works as an Incident Controller, managing the response to any accident, incident or emergency that occurs on the South West route out of Waterloo. Previously, he was one of the managers of Waterloo Station and started his career on the Transport for London graduate scheme back in 2007.

Outside of work, Nick has set up community projects in South West London. In 2016, Nick founded TEDxKingstonUponThames, which has grown to be one of the largest TEDx events in the country, selling out Kingston’s Rose Theatre twice. He also sponsored and set up two Little Free Libraries in his local community, to promote his love of reading and to ensure that local people always have easy access to books.

He is a member of the Police and Crime Committee, the Transport Committee, and Deputy Chairman of the Fire, Resilience and Emergency Planning Committee. 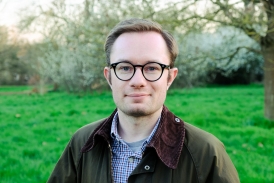