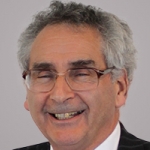 GLA Member - South West London
Tony Arbour is the Conservative London Assembly Member for the Greater London Assembly seat of South West. Tony was a senior lecturer and Honorary Visiting Fellow at Kingston University Business School and a former Governor of the University. He is a Member of the Employment Tribunals of England and Wales.Tony was GLC member for Surbiton between 1983 and 1986. He was first elected a Councillor for Hampton Wick in 1971. He is a Councillor in Richmond upon Thames Borough. Tony was Leader of Richmond Council 2002-2006.